Fuel Dumping – How to Buy Tickets Without a Fuel Surcharge

Fuel Dumping – How to Buy Tickets Without a Fuel Surcharge

Lately, fuel dumping became a magic formula frequently appearing at air ticket forums. It is a way how to deduct a fuel surcharge (or at least a part of it) from the final flight ticket price. And now, we are going to show you how to do that.

To start with, let’s make it clear of how the final price is composed, and what we passengers pay it. You can figure it out with any ticket. The best way to do that is to use Matrix. Just pick any flight that you like. 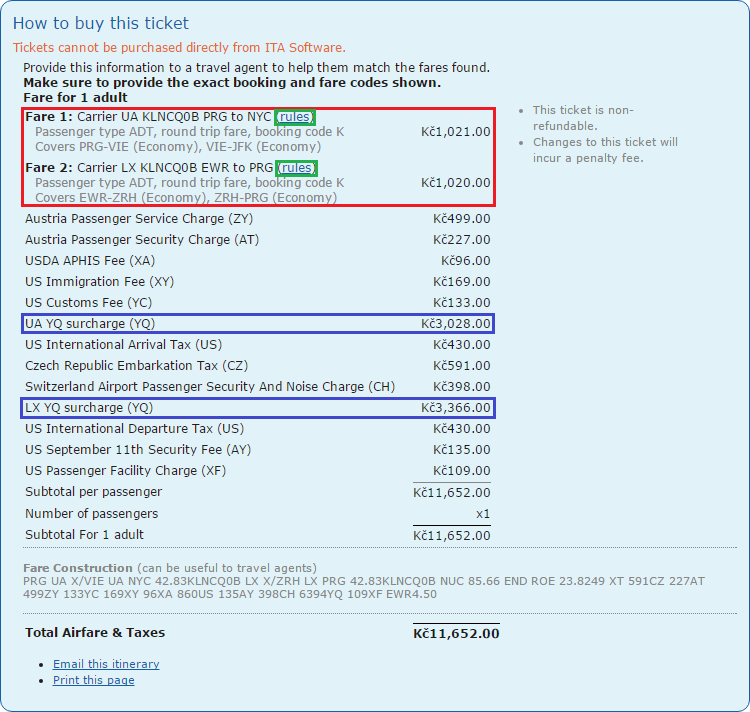 The final price is always composed of a basic price (which is 2,041 CZK in our example), to which various fees are added. Usually, the biggest amount is made by a fuel surcharge, when it comes to long flights. Airline companies came up with this term in order to be able to response quickly to jet fuel price increases. However, they use it for dynamic, quick, and effective increasing and/or decreasing of final prices. This kind of fee is always labeled as YQ or YR. In our example, the ticket is composed of more than one fuel tax, as flights are operated by various airline companies. In total, they are 6,394 CZK, which is more than a half of the price.

As we already said, Fuel Dumping is a specific way of dumping/eliminating (at least) a part of fuel surcharges from total prices. In such case, we will focus on tickets whose prices are made of fuel taxes largely (for example a ticket from Prague to NYC). Prices have to be high enough in order to be, dumped it. It’s important to note here that it’s not possible to deduct fuel surcharge from all tickets, and also, it takes time before you find the right structure. Matrix can be very helpful in this case because thanks to it you can become familiar with complete “fare rules.” These define what is and what is not possible to do in this tariff. For example, how many stops are allowed, or how much time they can take, or required minimum duration of stay in your destination.

If you want to find a cheap flight, don’t forget a check our tips on how to book cheap hotel rooms.

In the scope of these rules, the „Combinability“ section defines, whether it is possible to drop YQ with a given tariff. If you find out that “END-ON-END COMBINATIONS” and “SIDE TRIPS” are permitted, you can probably fuel dump. Nevertheless, even in such case, there can be restrictions, such as “END-ON-END COMBINATIONS PERMITTED WITH FARES WITHIN AREA 1″ which means that you can combine segments found in North America only (Area 1 is a code for the area of North America in aviation).

Deducting fuel taxes can be done in a number of various ways. From, so-called, selfdump tickets (when the routing itself takes a part of YQ away erroneously), through routing adjustment, to adding an extra flight.

Open Jaw – we try to find such a combination in which one departure from one place and return to a different one. For instance, I find a ticket from Prague to New York and another one, from New York to Prague. The price could be acceptable, but if we returned from New York to Vienna instead, the resulting price could be much lower. Then, a bus ticket cost from Vienna to Prague is negligible.

Doble Open Jaw – as the name suggests, these are tickets with different departure and return cities for both directions. To give an example, from Prague to New York and from Philadelphia to Vienna.

Adding a flight (the strike) – it might seem strange and illogical, but adding another flight to your ticket can significantly reduce the resulting price. Airline companies have certain contracts with each other which ensure price advantages for flight connections provided by the different airline company. Thanks to that, errors occur, when adding a flight deletes the whole or a part of a fuel surcharge. Such a flight (sometimes called the strike) has to be short and cheap so that its price is not higher than a subsequent YQ deduction.

Such a flight can be the first start of our journey – 1X (the first strike), or among following planned flights – 2X (the second strike), or after your return 3X (the third strike).

3X – The third strike (the Holy Grail) – speaking of fuel dumping, many people automatically think of 3X. Why? Because when I purchase a ticket for a transfer flight and omit one of the segments, the rest of them will be forfeited. Because of that, it is very difficult to find 1X or 2X which would work for you, since you have to fly all added flights.

Get Free List of more than 1000 short flight – good candidates for 3x strikes.

As 3X is scheduled at the end of your itinerary, there is no risk of sanction if you don’t fly the last flight. Below, you can see a return ticket from Delhi to Chicago. Thanks to adding the strike, it was possible to reduce its price by more than 1/3 of the total price. When we check out Matrix we managed to take away the whole YQ of 600 USD.

Always, when someone writes about 3X, nobody will ever tell you what the strike exactly is. Because this added flight often works the same way in combination with another flight provided by a given company. In our case, it is possible to apply this strike on all Air India flights with similar fare rules, and the whole fuel surcharge should be always deduced.

How to Find Your First Working 3X Strike

Assuming we have already picked the flight with a high fuel surcharge, and fare rules imply the possibility to find a working strike, where to start to look for it?, In order to reduce a surcharge, three rules need to be obeyed for the added flight:

Well, now you need only a bit of luck and, most importantly, patience. You can find your first fuel dumping tariff in a few minutes or a few weeks, it all depends on your luck. You need to try out many various short flights provided by various companies from various places on the planet. You can use Skyscanner or your favourite search engine. You can also try the Skyscanner mobile app for Android or iOS. Of course, you need to look for, so-called Multicity tickets when you look for 3X.

Our another great tip how to save money – cheap tours anywhere in the world.

Formerly, there was no other possibility to find your 3X, than to do so by “brute force” – to sit in front of your computer and try out dozens or hundreds of short flights, until you find the right one by chance. Today, it is possible to find a few automated systems which will do it for you.

A Warning to Conclude With

Using Fuel Dump methods could, on rare occasions, cause a cancellation of such ticket, even in the middle of the itinerary, or an airline company might require you to pay the rest of a fuel surcharge. However, this happens very rarely, and the same is true for deletion of miles earned for a loyalty program.

Get Free List of more than 1000 short flight – good candidates for 3x strikes.

Read Next: General tips and tricks how to find cheap flights 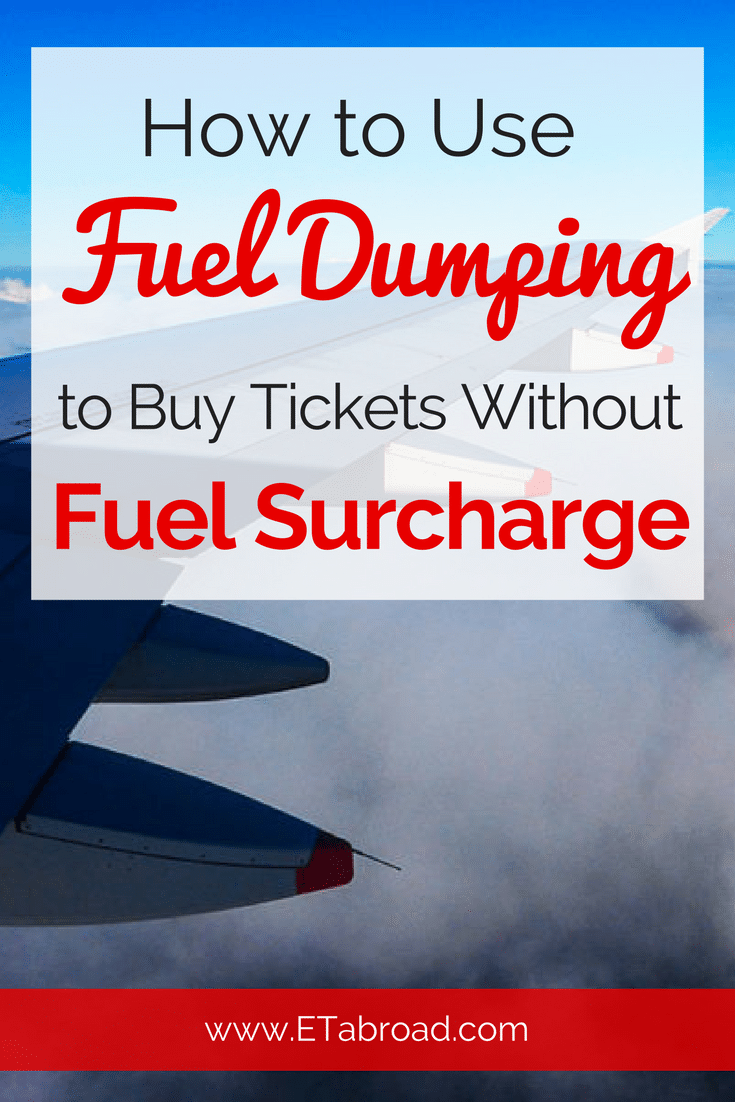