What you should know before going to Cuba

What you should know before going to Cuba

Are you going to Cuba and you would like to learn more about this interesting Caribbean island? Do you, by chance, know, which country offers even better cigars than Cuba or who Che Guevara was? You don´t need to read long travel guides because you will find the most interesting information in our article.

Cuba is a very interesting and important island in the Caribbean. It is one of the few countries left where Communism is still in power. During travelling around Cuba, you will be able to experience the lovely atmosphere which is unique for this island. People will smile at you on the streets, you will hear music playing from the open doors and windows and with upcoming evening, street dancers will be appearing in the streets. You will soon get used to the fact that you can get cocktails such as Cuba Libre or Mojito in the restaurants or bars for hilarious prices. You will smell the intoxicating scent of burnt tobacco leaves on every corner and you will quickly notice who´d just decided to enjoy their cigar. 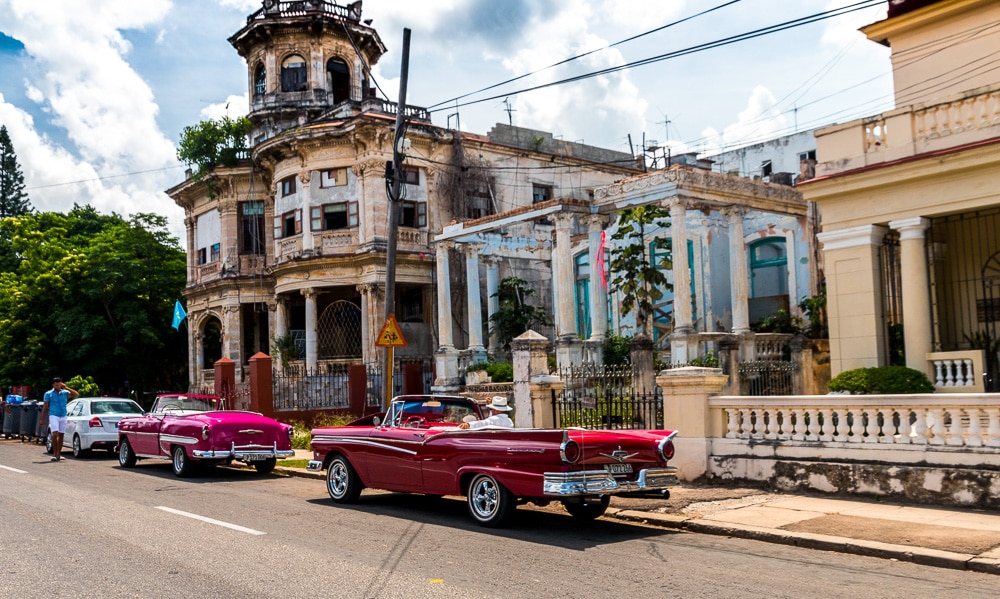 Most of the historical buildings are in terrible condition even though the government is trying to fix certain monuments. What may surprise you is the fact that most of the locals wear very modern, tasteful and clean clothes which can be seen in the western world too. Sometimes it may feel a little strange to watch a young lady, nicely dressed, leaving a half-damaged house with a forfeited roof. Simply, during your visit on Cuba, you may be surprised by anything. Practical information you need to know before going to Cuba.

The most famous Cuban rum is Havana Club

One of the popular Cuban rums is Havana Club. You can find this rum, which is popular for alcoholic drinks such as Mojito or Cuba Libre, almost everywhere on the island. The brand was founded in 1878 by a businessman José Arechabala, however, after the Cuban revolution the company was nationalized. The Arechabala family emigrated to the United States in the end. Currently, the brand is owned by the government which cooperates with a French company Pernod Ricard in matters of production and distribution. Visiting the museum of Havana Club is certainly one of the best activities to do in Havana.

Taste of rum in the Havana Club Museum

Did you know that Cuban rum Havana Club has a waiting woman in its crest, who daily awaits her husband who had gone far away across the ocean? Even though he never returned, she faithfully waited for him. This is supposed to symbolise strength, patience and faithfulness.

It might surprise you but when it comes to the quality of Cuban cigars, the Dominicans are catching up on them. The Dominican Republic is currently the biggest producer of premium cigars. Their quality is high, and it is because of great conditions for growing tobacco and the producers themselves who had brought their know-how from Cuba. Many Cuban producers ran away there after the Cuban revolution whose property was nationalized and so they started to grow tobacco in the Dominican Republic. That also caused that their cigars are higher quality than the Cuban ones. The experts often argue which country holds the first place in quality. Obviously, both Cuba and the Dominican Republic think they are the best. 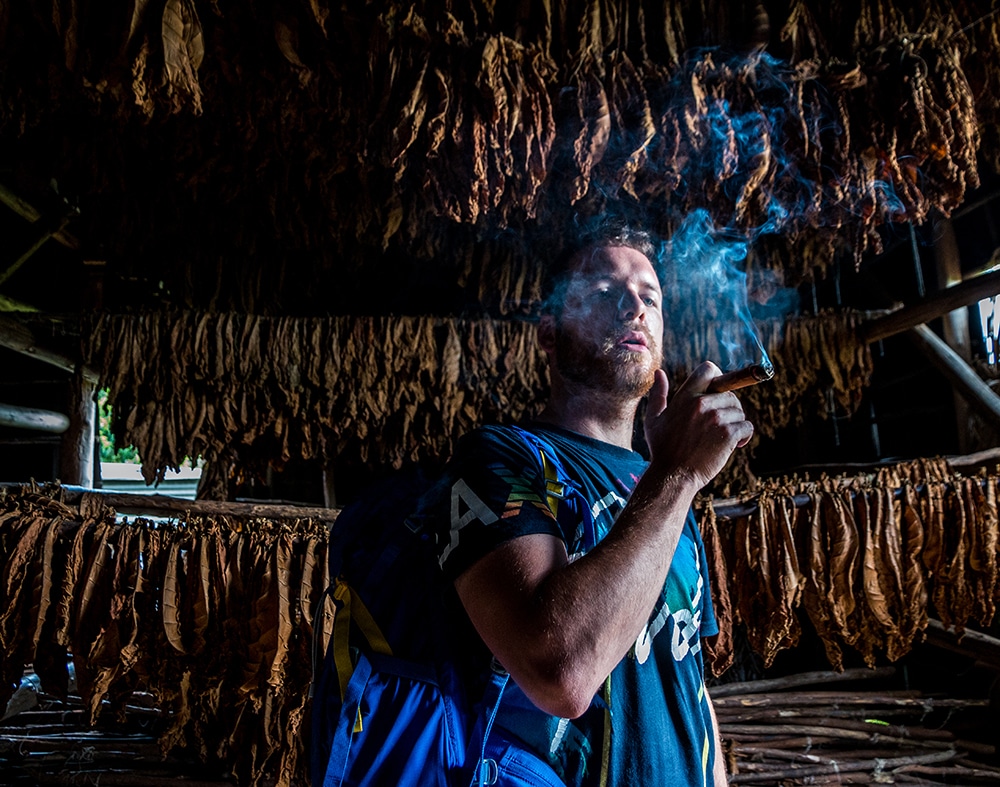 you are going to Cuba, be careful when choosing the cigars. The locals will often offer you counterfeit brands for a better price. Don´t ever buy them on the street, they would for sure be false. The most common trick is, that they stop you on the street and say you that only today is the famous Cigar festival and they are selling cigars with big discounts. Don’t believe them!

It has never been easy for Cuba

Cuba was discovered in 1942 by Christopher Columbus himself. The original inhabitants either died or were mixed with the Spanish people. It was Spanish who had colonized Cuba for long 400 years. The colonizers lived out of the cheap export goods that they grew in Cuba in large numbers. Most important were sugar and tobacco. Sugar cane plantations were fighting the tobacco ones over the soil and Cuba became an important transport crossroad with very expensive goods. As a side product of sugar, rum started to be produced here and became worldwide popular as well as Cuban cigars.

Get travel credit to Airbnb

As Cuba had a lot to offer, the Spanish had no interest in letting it be. There were lots of African slaves brought in to work at the plantations. After several risings, slavery was banned in 1886 and just a few years later, the war for independence took place. Cuba became fully independent in 1902 but there was still a major American control and influence over the island. As a celebration of this victory, Cuba Libre was made for the first time, which is a cocktail made of Cuban rum and coke – as the celebration of free Cuba. In this article, you will find the 6 most interesting places that the Northern part of the island offers. 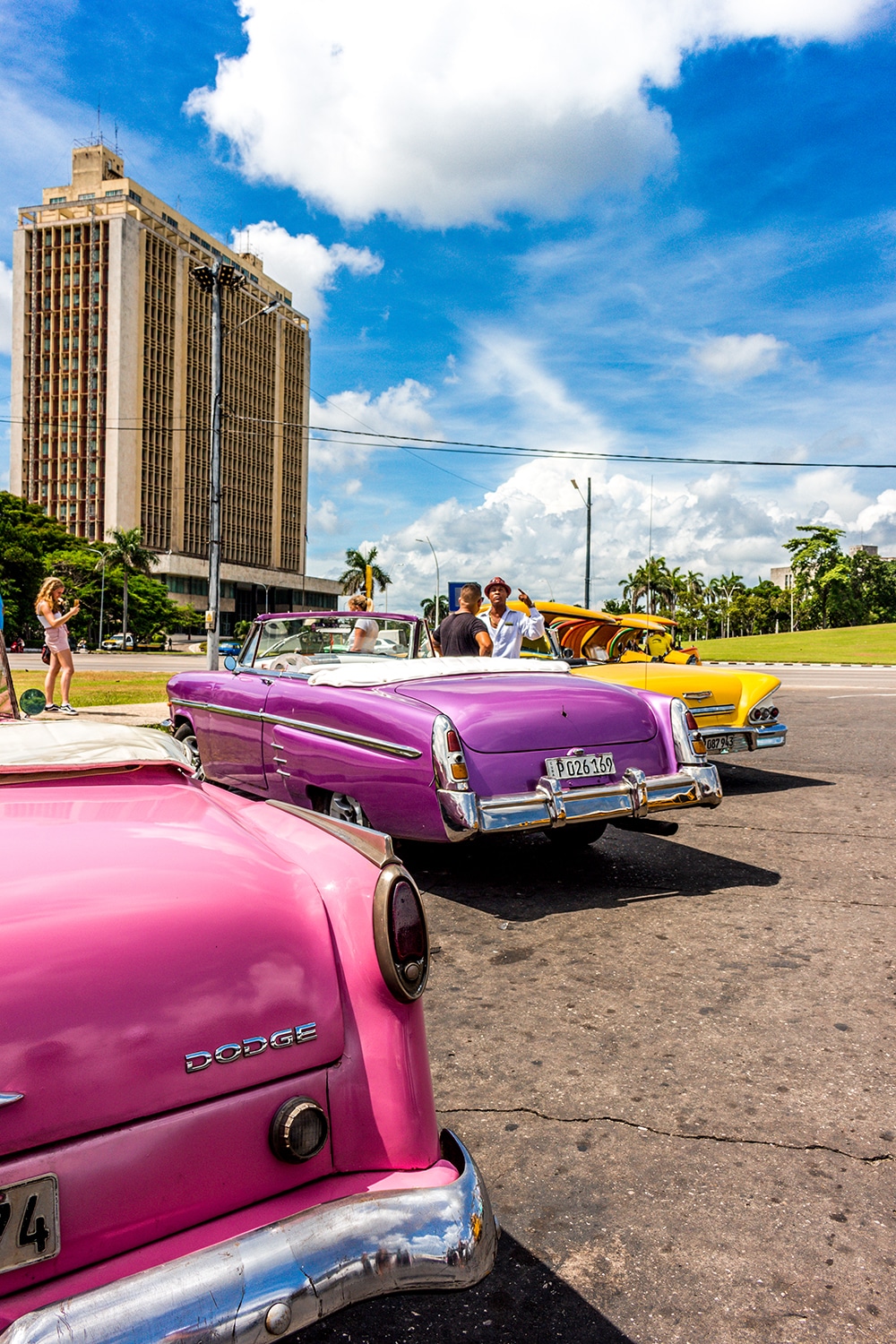 When the revolution was taking place in Cuba in the 60s, this Cuba was among very developed countries, even the top ones in the area. The political situation of that time wasn’t exactly stable, and Cuba was very dependent on the USA. People were rising and showed their dissatisfaction by many strikes. It was at that time when an organisation of young revolutionaries was founded, led by Fidel Castro who, at the second chance, managed to overthrow the dictator Fulgencio Batista. Well-known is the attack at the presidential palace where Batista ran away from and emigrated. Castro then promised a lot of democratic reforms but in the end, he started an authoritative regime of the communist type in Cuba. Cuba finally got independent on the USA and established an alliance with other socialist countries, especially the Soviet Union.

The history of post-revolutionary Cuba was shaken by two significant events. The first was the disembarkation of Cuban exiles in 1961, backed by the United States government in the Swine bay. The purpose was to end Castro’s regime, but it was unsuccessful. Another historic milestone was the split of the Soviet Union in 1991 and the loss of a very important ally for Cuba. Fidel Castro was forced to take many measures and reforms and allowed small businesses to Cuban families. Since that year, the authoritarian regime has slowly begun to weaken in Cuba, and many democratic reforms are coming. This has greatly contributed to the development of tourism. Both individual backpackers and beach holidaymakers started to travel to Cuba. The most popular destinations to visit are the beautiful Caribbean beaches located on the Varadero peninsula – check the hotels’ prices and if you want to save money book some Airbnb.

Fidel Castro, though politically inexperienced, followed Marxist ideas and made them happen in an extreme way in Cuba. He threw Cuba into the economic crisis when many of his followers failed. Although Cuba finally became independent, it paid a huge price for it. Fidel realized his fanatical dream despite all the pitfalls until his end.

Fidel Castro, what you may not know

Fidel Castro has become one of the most controversial politicians in contemporary history. He lived to the age of 90, even though the CIA had committed incredible 638 attempts at assassination! Neither of them was successful. Castro also became a prominent speaker. He holds the world record for the longest speech in the United Nations that lasted for 4 and a half hours! But he could speak for more than 7 hours at home for his home audience. 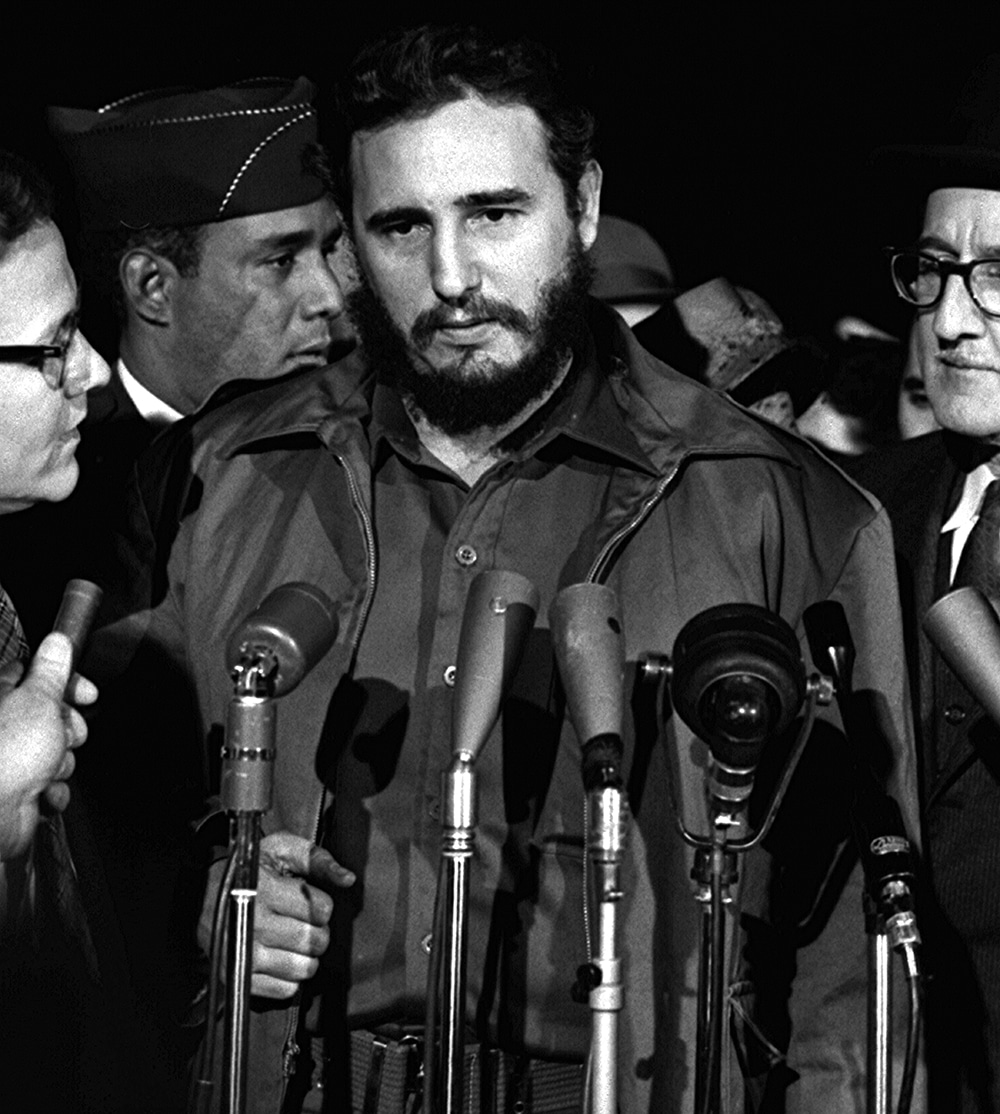 Fidel Castro by one of his hourly speeches

Castro came from a large family, and not all of them agreed with the revolution. Fidel’s sister, Juanita Castro, never agreed with the regime that her brother had set up in Cuba. She gave shelter to Cuban opponents and worked with the US CIA. She spent her entire life in Florida, where a large group of Cuban exiles currently lives.

Che Guevara, the icon, who was he?

Revolutionary Che Guevara became a very significant personality for the Cuban nation. It may surprise you, but you can find an iconic photo of his slightly dreamed face almost everywhere. They sell it on postcards, you can get it on T-shirts, banknotes or flags. Who was he and why is he so important to the Cuban? Ernesto Che Guevara was a young Marxist revolutionary who stood firmly alongside Fidel Castro. Since he was young, he was involved in various political parties of extreme left-wing thinking. It is traced that it was he who significantly influenced Castro’s political direction. 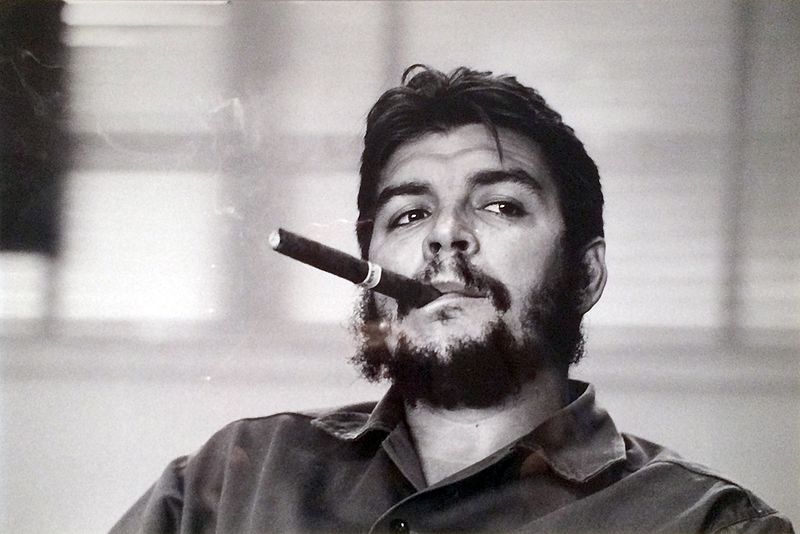 Che Guevara with a cigar

During his travels to Latin America, he confirmed that there was a need to change the political system and establish a global revolution that would erase property differences among people and suppress poverty. He played a significant part in the Cuban Revolution and engaged in many important political positions in the new Castro government. After a few years, he left Cuba, probably because of the contradictions with Fidel, to continue to spread the revolution and his ideas around the world. His dreams were unfortunately unfulfilled because he was arrested in one action in Bolivia and eventually executed. 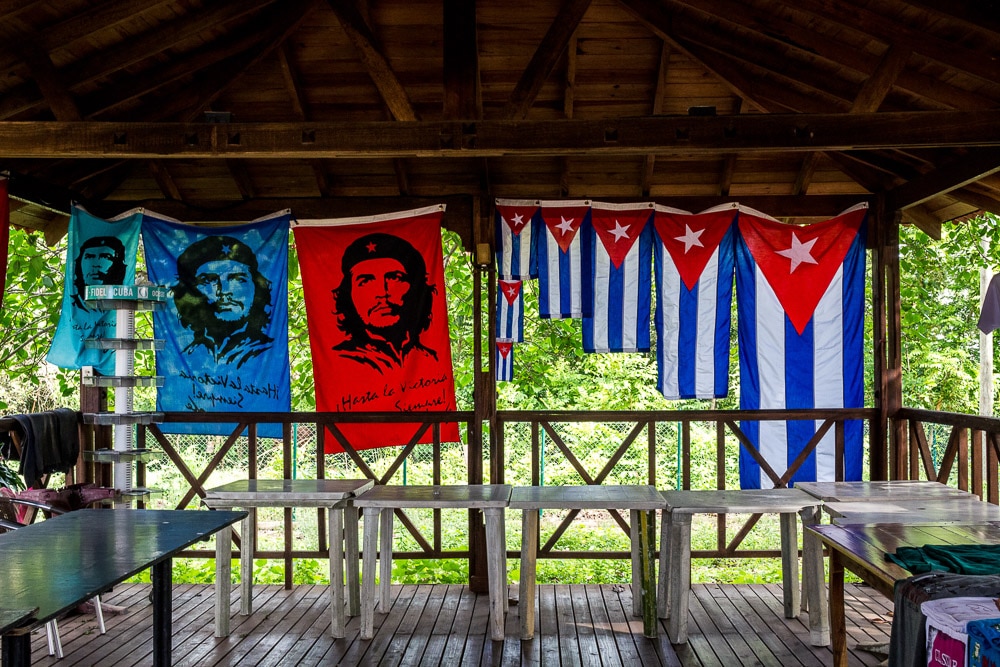 The photo of Che Guevara is favourite symbol in Cuba

Che Guevara, for the Cubans, means the person who laid down his life for his ideas. Although his views were strongly leftist, Che Guevara never got the chance to do so. He died as a hero fighting for his own truth, and for many left-wing intellectuals, he became an icon. Unlike Fidel, who has been given the opportunity to realize his ideas despite the incipient dissatisfaction of the population and the economic crisis. People need their heroes and hence for the Cubans, it is Che. An icon that has long since departed from its original artwork and now lives with its own life.

What did you find interesting when reading about travelling to Cuba? Share with us your experiences in comments.

Read Next: Has the Dominican Republic the best beaches in the Carribean? 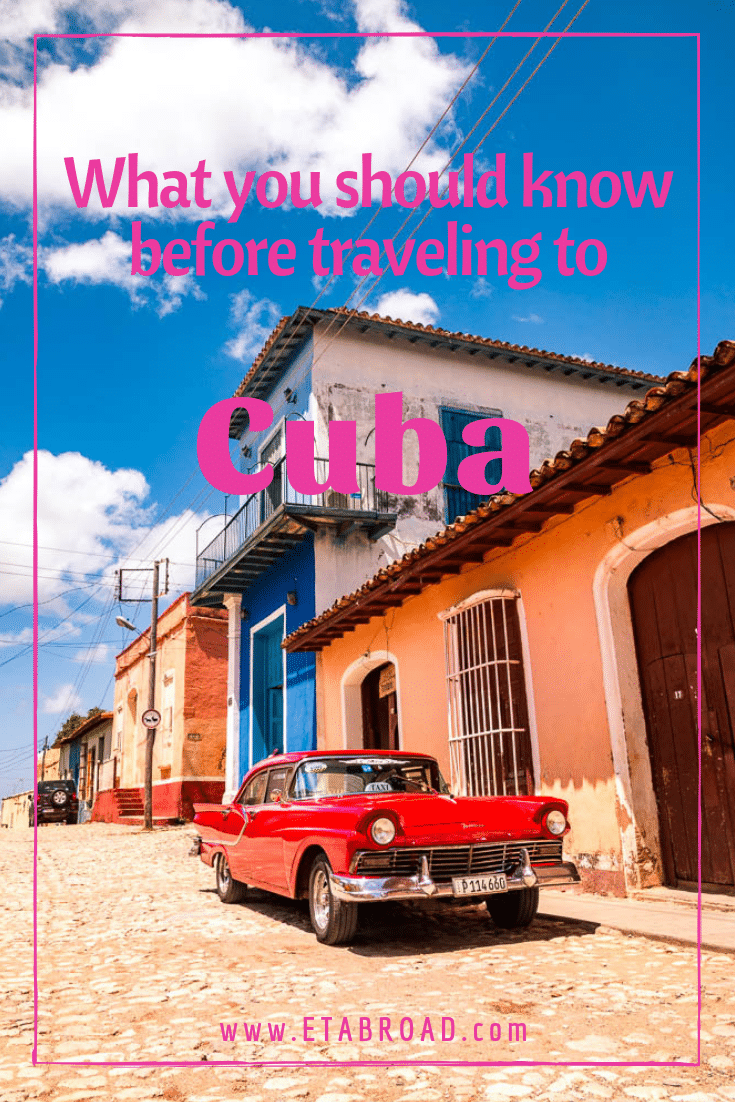