Visiting Africa for safaris and seeing wild animals and people of native tribes with your own eyes is a dream of many. We decided to fulfill this dream. Meeting the Maasai people and visiting their village was a very powerful experience. We have huge admiration for those people who still live in harmony with nature and are inseparable from it. Our western civilization has grown so dependent on modern technology that we wouldn’t be able to live without it anymore. It’s almost hard to believe that there are people in this world who live separated from all modern miracles and are able to live happy and satisfied lives. And they are sometimes happier than ours.

There are thousands of various tribes living in Africa who still succeed to keep their original way of life. Maasai people, a nation of proud herdsmen and great warriors, are one of those tribes. Even though interference of a modern civilization significantly influenced their lives, they try to preserve their traditional lifestyle nevertheless. It is, in comparison with our lifestyle, very simple and we can only guess if we are or aren’t looking into our own past.

They inhabit a large area between Kenya and Tanzania. Actually, they are not hunters, as it might seem, but herdsmen of cattle. They are not interested in wild animals. An average Maasai man owns up to seventy cows and the same number of sheep and goats. Their only source of food is meat and milk. They also like to drink milk mixed with cow blood which they get by nicking the cow’s jugular vein without slaughtering the animal. 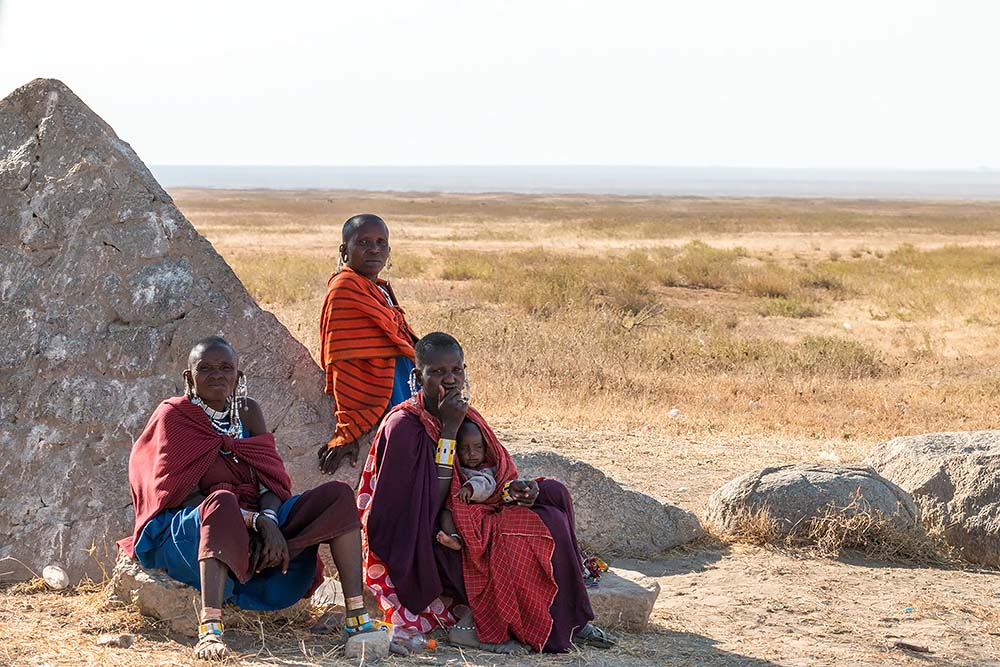 During the day, men graze their herds while women take care of a village and children. Maasai village is usually surrounded by thorny pieces of branches. On the inside, there are usually huts built out of a mixture of muck, cow urine, and soil. The huts are small and there are no windows because of insect attacks; however, they are resistant to wind and rain. There is a small corral in the middle of the village where they keep cattle during the night. Calves are nurtured in a special way; they sleep in the huts with people, and women treat them as their own children.

The Maasai in a Conflict with the Law

The Maasai are a thorn in the current Tanzanian authorities’ side constantly. If we come to realize that they were forced out of the vast territory which they inhabited for centuries, there is no wonder for that. On this particular territory, actual national parks and natural preserves for wild animals were established, and tourist industry started to develop.

It caused that the Maasai were separated from water resources which they used to use for the cattle. Because of that huge conflicts between the Maasai and the park managers emerged. After building of the water mains which drain the water beyond the borders of the national park, the situation calmed down slightly. 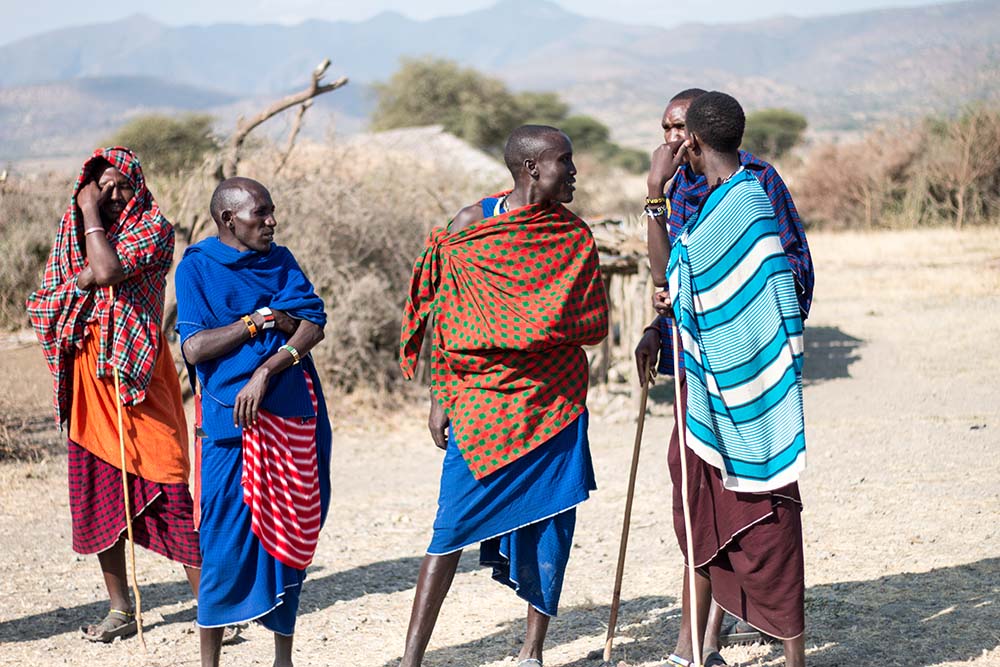 A number of cattle owned by each Maasai man can increase his status. That’s why it’s logical that dozens of heads of cattle graze down all the grass and also tamp down the ground, which contributes to ecological imbalance. Then there’s nothing left to eat for wild animals and they starve to death. Also, lions and other predators threatening the cattle nearby the Maasai habitation are eliminated.

The biggest influence on the Maasai culture is a collision with the western civilization together with growing tourism. The Maasai quickly adapted to white visitors, who are willing to pay for almost anything. They collect entrance fees for visits to their villages, sell souvenirs and let people take picture of them for money. You can derive from the way they behave that they are used to receiving gifts from visitors often. They openly ask you to give them what they see you are wearing at the moment, from watches, through shiny jewelry, to, for example, a snack.

Before entering the Serengeti National Park, our car broke, so we have to wait for over 2 ours to have it repaired. There was a group of young Maasai women with young children sitting in front of the gate. We caught their attention immediately. When they found out that they wouldn’t get anything from us, we were not that interesting anymore. At one point I slightly kissed Tom on the lips. I had not expected how much fuss it would cause among the young Maasai women. The started to giggle loudly, cover their faces with their hands and point at us, how weird we behaved. We tried to kiss once more to see what happens and they burst out laughing again. Well, cultural gaps are immense sometimes.

If you want to visit the Maasai in their village, the best way to do so is to connect with any travel agency. If you already arranged a safari, the agent will surely offer you such possibility. The local guides know very well where it is safe to take the tourists because not every village is ready for such visit.

Right after entering the village, the Maasai attired us in their own garbs and put strings of handmade beads around women’s necks. Then, they welcomed us with their special dance which involves women’s high overtone singing and men’s dance who, at the same time, play some kind of a wind instrument.

In the village, we could have a look on the inside of their humble huts made out of cow dung and clay. Finally, the Maasai encouraged us to join them in their next dance. They divided us in two groups. Men were competing with each other to see who can jump the highest while women were dancing and singing. It was admirable how swiftly the Maasai men could take off from the ground and do the high jump.

At the end, there was a brief visit to a Maasai kindergarten. We had some inflatable balloons prepared in the car, so when the children noticed us, they ran to us immediately. Some of the kids saw such things for the first time ever. 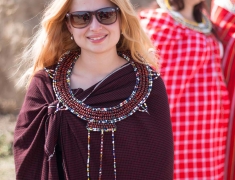 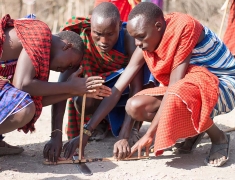 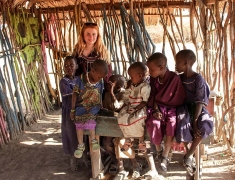 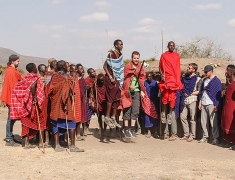 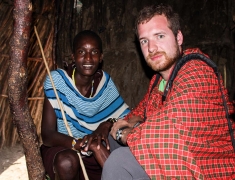 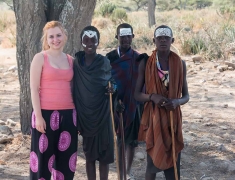 It is important to note that the developed tourism in poor countries changes your view of people completely. In places where there are no hotels, bars or restaurants, a tourist serves rather as an attraction for the locals who are really hospitable and friendly. As the number of tourists grows, everything is rapidly turning into a business. The whites are often seen as a walking wallets rather than visitors. 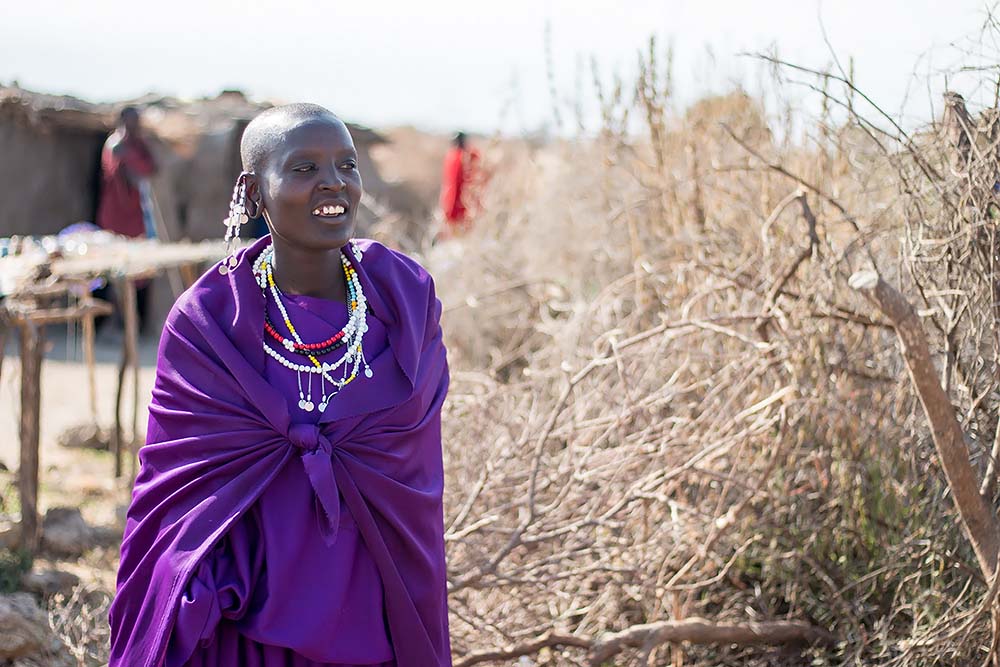 So, be ready to be seen as a chance to earn money by the Maasai. Even after paying an entrance fee which is quite high, the Maasai will try to sell you their souvenirs. Most of them were bought elsewhere and they only resell it. Unfortunately, we didn’t manage to avoid the pressure. It seemed that those people didn’t really know the real value of money. For a long time we were considering buying one of the souvenirs, so we started to negotiate a little. However, what followed was pressuring us to buy this or that, that their family needed money and that they couldn’t give us a discount because it took so much time for their mum to finish cutting it out. Eventually, they turned us off to such an extent that we left empty-handed and with quite mixed feelings.

READ NEXT : Spice tour – five kinds of exotic spice that grows in Zanzibar 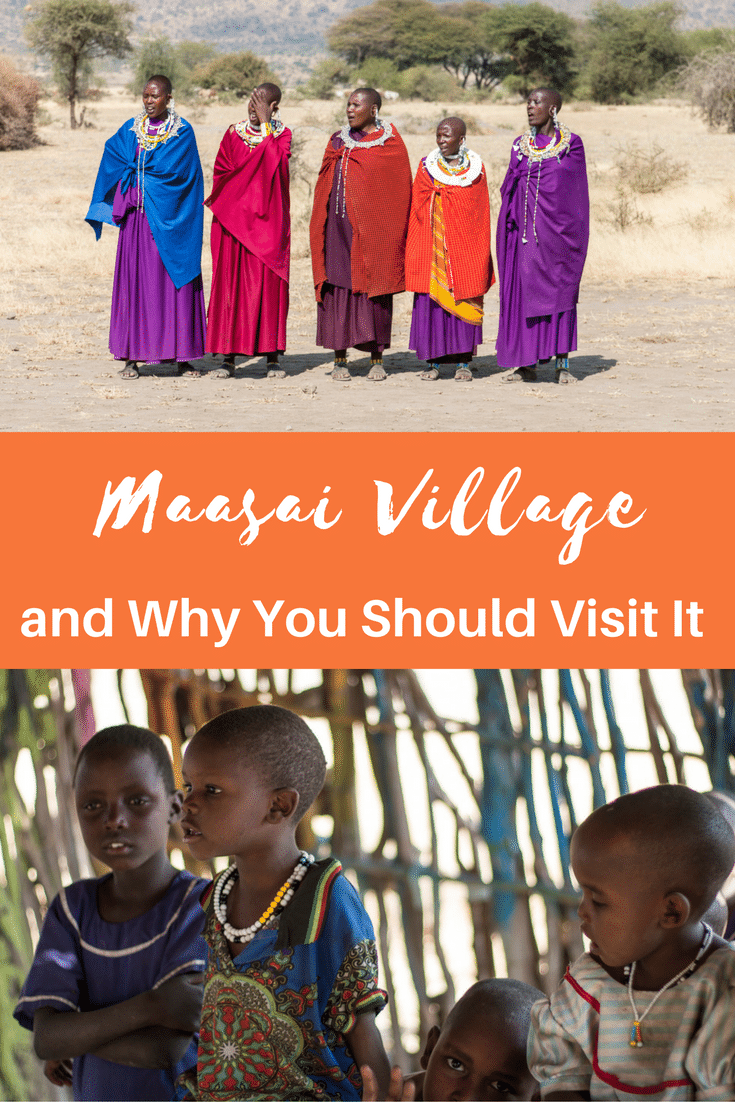