Zanzibar is sometimes called The Spice Island. Rightfully so. We couldn’t miss the opportunity to visit this exotic place during our trip to East Africa. Besides beaches, beautiful forests and parks, it offers a unique tour of various types of aromatic spices, also known as “The Spice Tour”. Even though these Zanzibar spices are commonly used and we all know their taste, hardly anyone would be able to identify them in wild nature. For instance, did you know that nutmeg is a dangerous drug, or that only one species of bee can pollinate a vanilla flower, or that cinnamon helps you lose weight?

Vanilla is a climbing plant grown in plantations, attached to support frames or other pants. It comes from Mexico, and the Aztec people used it as an ingredient for their dishes and drinks in ancient times. For a long time, it was not possible for vanilla to be spread to other countries because of its high demands for cultivation.

The vanilla flower opens for only 24 hours, waiting to be pollinated. But only one genus of bees living in this area can be pollinate the blossom. In 1841 they found a way how to pollinate the flower by hand, so it could be grown in other countries as well. Nowadays, thousands of vanilla flowers a day are managed to be hand pollinated by plantation workers. Because of that, vanilla is the second most expensive kind of spice in the world, with saffron being the first. That is why it is often replaced with artificial vanilla flavoring, called vanillin. However, its taste is not as delicious as that of real vanilla. 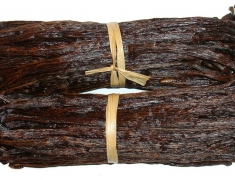 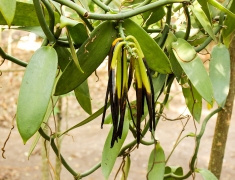 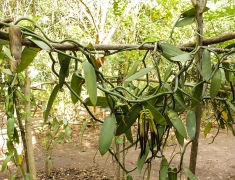 Black pepper is, just as vanilla, a climbing plant. This spice has a lot of beneficial effects on the human organism if used moderately. It is also said to have aphrodisiac effects, because of which it often was prohibited by the Church during the Middle Ages.

Ground pepper loses its aroma and flavor rapidly. It is optimal to keep it in whole peppercorns.

Pepper berries can be of various colors, however, all of them coming from the same kind of plant. The difference lies only in a time of gathering and a way of manufacturing: 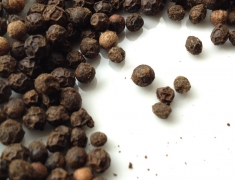 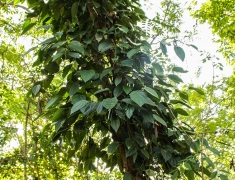 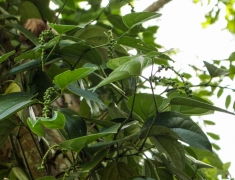 Cinnamon is an aromatic inner bark from Ceylon cinnamon tree or Chinese cinnamon tree. The bark is mainly taken from branches, which are macerated for 2 days. After that, the outer bark is being removed, until only the valuable inner bark is left. Subsequently, it is cut into slices, which are curled into rolls and dried.

Cinnamon has beneficial effects to the digestive system, and it also accelerates the metabolism. Its consumption is recommended even during calorie-reducing diets.

Except for branches, roots, leaves and flowers are also manufactured; these are used for making cinnamon oil or syrup and etc. Cinnamon is also plentifully used in medicine and the cosmetic industry.

TIP: bring the water to a boil, add half a teaspoon of cinnamon. After approximately 15 minutes, add a tablespoon of honey, stir properly. Your healthy drink is ready! 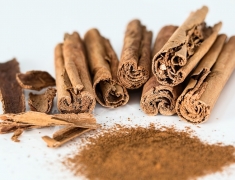 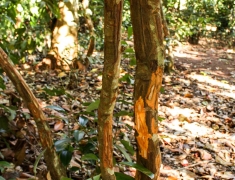 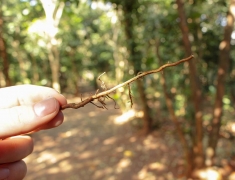 Nutmeg is not really a “nut” in the very sense of the word. In actuality it is a seed of a fruit from the tree called Myristica fragrans. It is not very common in our cuisine, unlike in Asian dishes. When used in low doses, it helps with insomnia and supports digestion. When used in higher doses (more than 25-30 grams), it has intoxicating effects. That is why it was used as a drug in the past.

It contains hallucinogens which may cause intoxication, but also anxiety. Its overdose can cause loss of consciousness and even death.

Because of that, it is not recommended for children and pregnant women, as it can negatively affect the development of a fetus. Rarely, it is used as a drug, but, to induce euphoria, grated nutmeg is consumed with yogurt, for example, or it is insufflated right away. The nutmeg flower is also known, but again, it is not a flower as such. It is a dried red coat (an aril) covering the nut. 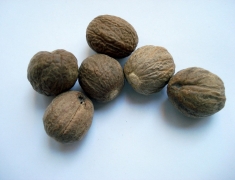 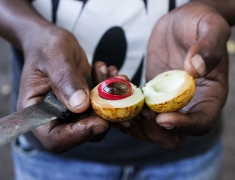 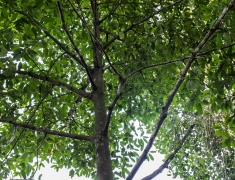 BONUS ebook: How to travel the SMART way

Ginger is often incorrectly labeled as a root of the plant, but in fact it is a rhizome, a subterranean stem. After the above-ground part of the plant dies before winter, the rhizome hibernates. That is why it is collected mostly during spring or fall when the rhizome contains a high amount of nutrients.

Ginger is regarded to be a universal cure and is often called a natural antibiotic.

You cannot find it in wild nature anymore; it is cultivated in tropical areas and plantations. This plant can be easily grown indoors or in a greenhouse.

TIP: bring the water to a boil and pour it into a cup with grated ginger. Leave to infuse for 15 minutes, then add a tablespoon of honey and squeeze a little bit of lemon juice into the cup. A ginger tea is great for preventing catching a cold 🙂 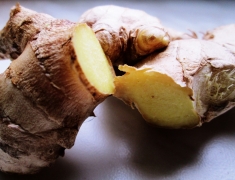 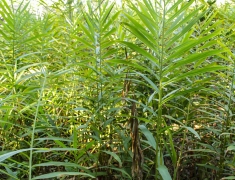 Have you visited Zanzibar spice tour? Let us know in comments what do you think about it.