What you should know about Angkor Wat – Travel Guide

What you should know about Angkor Wat – Travel Guide

Angkor Wat is a name spoken in every language of the world and it’s a frequent dream destination for many travelers and tourists. This historic monument truly deserves its enormous fame. For centuries, it slumbered deep in a jungle in Cambodia before it was rediscovered and attracted the interest of media, researchers, scientists and, of course, tourists. In this Angkor Wat Travel Guide, you’ll find out what you should know about Angkor before you even set out to visit.

When the first Europeans discovered the temples, their first thought was that it was the remains of Roman buildings. They couldn’t imagine that anyone else could build such monumental structures. The temple has only received its attention from the second half of the 20th century, when the aeroplanes crossing over the Cambodian jungle showed the hidden remains of the great temple complex. Angkor Wat wasn’t the only temple at the location. There are dozens of smaller temples in many different shapes and sizes spread around the same area. Since the territory of the Cambodian jungles was covered with underground mines, work on the reconstruction of the temples was very slow. Scientists believe that there are still temples that haven’t been discovered yet.

Don’t forget, Cambodia can offer much more things to see, than just Angkor Wat. 16 photos to inspire you to visit Cambodia. 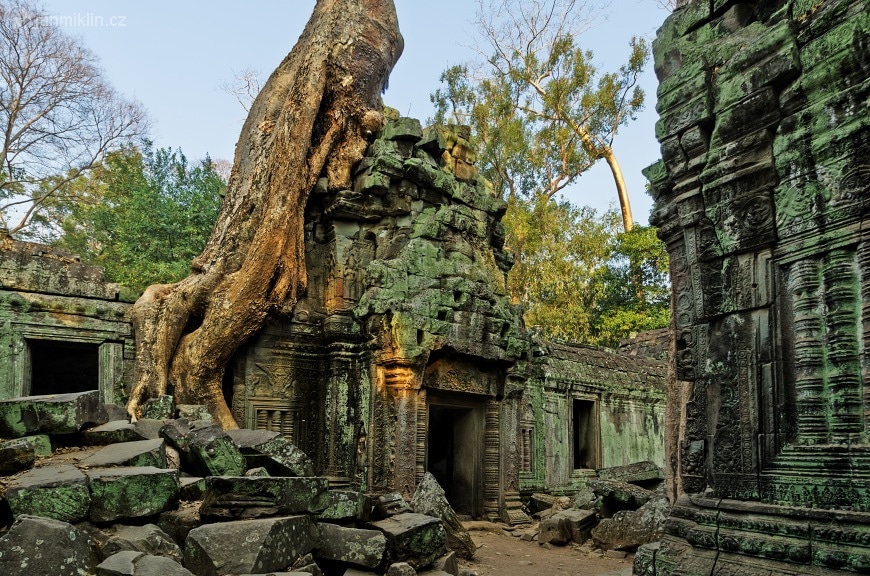 Angkor Wat as a temple complex

Angkor Wat was built around the 12th century as the capital of the vast Khmer Empire. The temple itself is surrounded by a huge reservoir that prevents vegetation from engulfing Angkor. The city that grew around the Hindu temple was unprecedented in its history. The scientists believe that at its best time it actually was the largest city in the world. Other temples, equally unique and interesting, were built around the main temple.

Unfortunately, no remnants of the original city have been preserved since the houses of ordinary people were probably built from wood. But we can still at least admire the well-preserved temples, which are unique proof of an advanced civilization. The scientists still don’t know how the Khmer could build something so monumental with the tools they had at their disposal at that time. The entire temple complex invokes many more questions than it answers and is still a bit of a mystery to us. 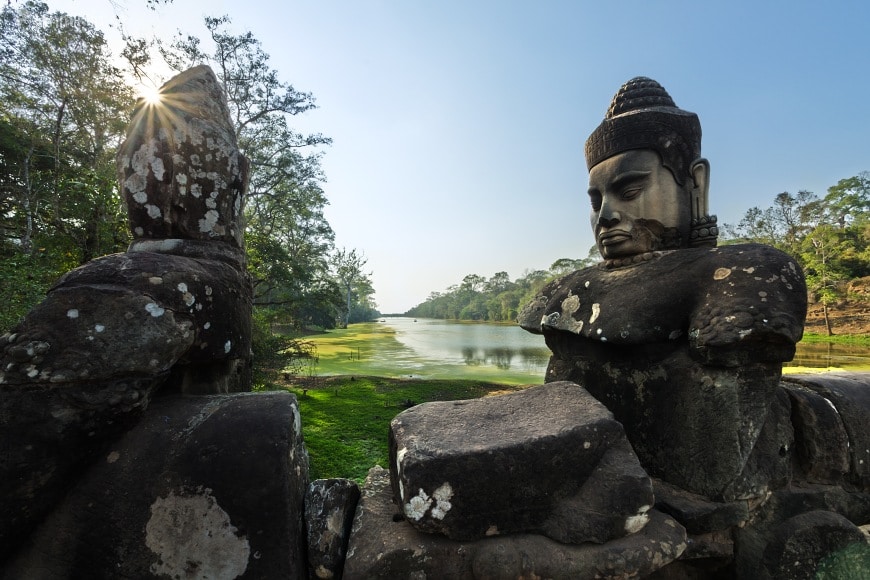 Even after hundreds of years, fine details can be seen on stone sculptures (photo : Jan Miklín)

The mysteries of Angkor Wat

Angkor Wat with an area of over 1 km², is the largest religious complex in the world. Scientists still don’t understand why the Khmer built such a huge construction they eventually abandoned. It is estimated that Angkor was built in less than 40 years, an incredible speed compared to European buildings. The temple was built for the king Suryavarman II, and the entire building had to be completed before his death.

Surprising is the precise stone decoration. Every detail was carved into stone with a sense of perfectionism. Another thing that still troubles scientists is how the Khmer transported tons of stone blocks right into the heart of the jungle – How to make a bamboo soup in the middle of the jungle? The entire building consumed tons of limestone and the nearest mine of this stone is located 30 kilometres away.

Anyway, the most fascinating is the way in which the Khmer took control of the water source. It wasn’t easy to build a temple under such conditions. Angkor Wat is located in a monsoon area, where it rains for up to six months without a break, followed by another half-year of devastating drought. The Khmer built a remarkable network of channels and tanks that served as a reservoir of water – for irrigating purposes or as a transport network. Nevertheless, civilization inhabiting the Angkor paradise disappeared, and we will probably never know the true reason. 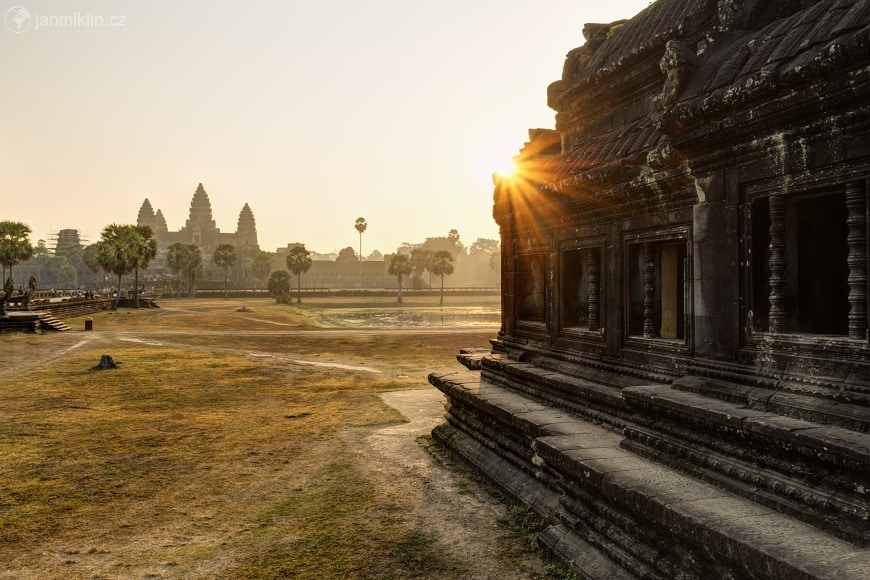 The temple complex has its hidden secrets, and we probably won‘t know the truth (photo : Jan Miklín)

How to get around the different Angkor temples

The gateway to Angkor is the town of Siem Reap. Anyone who wants to see the temples must purchase a valid ticket. A ticket can be purchased for 1-3 days, but from my own experience, one day is enough for a tour. Although there are many temples, they are actually quite similar. 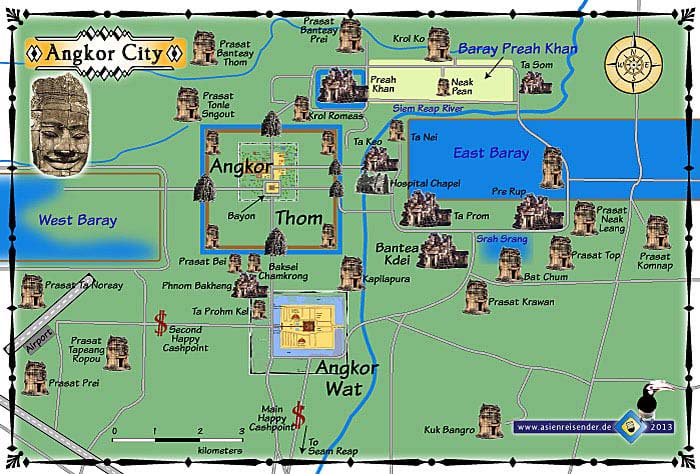 There are several ways to reach the temples. The town of Siem Reap is full of travel agencies fighting each other to lure you in with their best offers. We hired a Tuk Tuk to take us to the different temples because we were worried we wouldn’t be able to find them otherwise. Our concerns proved to be unnecessary. Although the temples are hidden in the jungle, there is a single trodden path leading to them, and most importantly, there are many tourists all around. It is certainly not that difficult to navigate between them. We would advise you to rent a scooter and explore the temples on your own. We argued a bit with our driver because he drove on a pre-established route, and we sometimes wanted to stop to take pictures or stay somewhere longer. We actually chose to visit different temples than planned – we felt the other temples were more interesting – and we had to bribe our driver to change the plans. At the end, he even expected an extra tip, of course, so we decided that we would have done much better without him.

Which Angkor temples to visit

There are numerous temples, and visiting all of them isn’t possible during one day. It is worthwhile to think ahead, decide which temples are worth visiting, and plan a trip accordingly. Check out our list with Best 11 Temples in Angkor Wat.

Most Angkor temples were surrounded in the jungle hundreds of years (photo : Jan Miklín)

READ NEXT: 16 Photos to Inspire You to Visit Cambodia 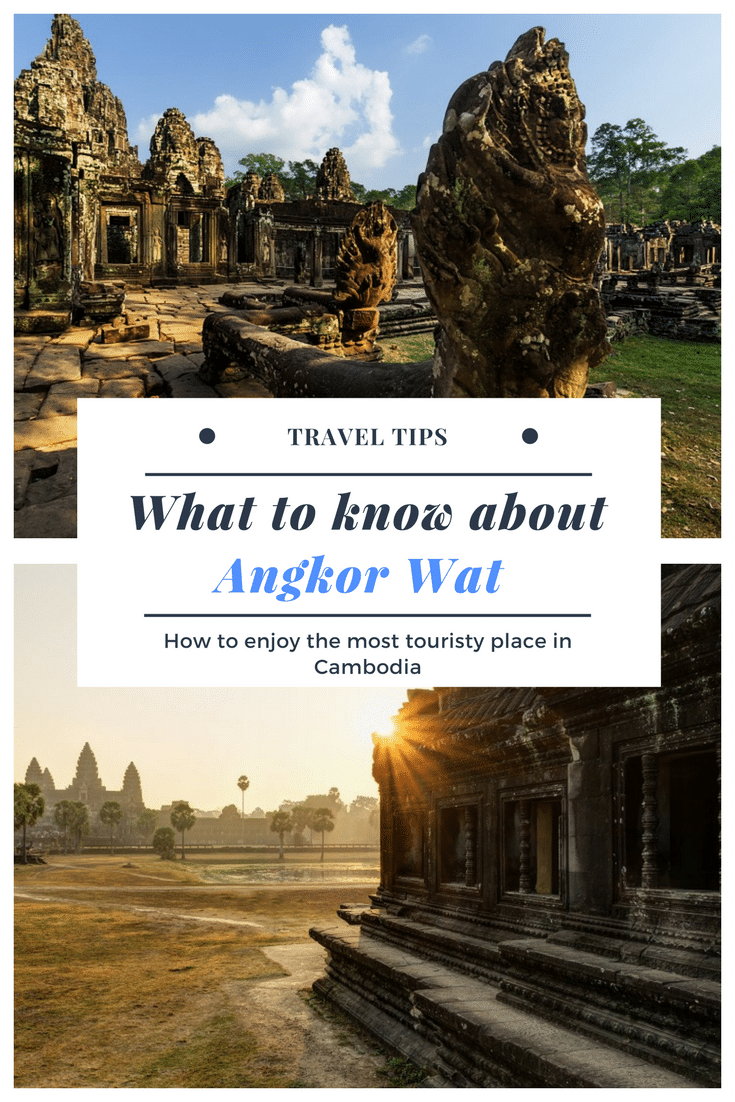